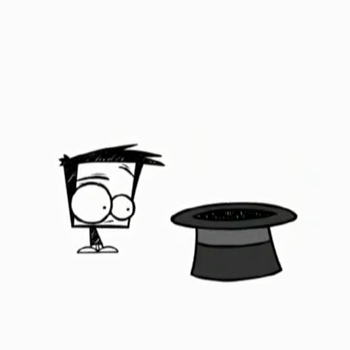 Doodlez is a Canadian black-and-white animated series of shorts created by Gretha Rose and Sean Scott and produced by Cellar Door Productions for Teletoon, which aired the series in 2001 as interstitials during commercial breaks and between bigger shows.

The show is about the adventures of a little boy named Dood, who's a doodle, and his creator, Hand. Each two-minute short revolves around Dood's various misadventures - from getting a headache to flying on an airplane to dealing with his Evil Twin, all of which are created by Hand.