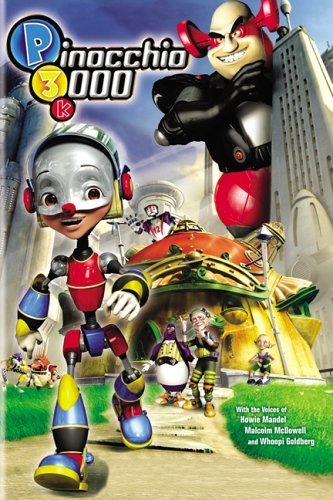 Pinocchio 3000 (or P3K, Pinocchio the Robot) is a 2004 Canadian-French-Spanish computer-animated film by Christal Films.

It is a science fiction re-imagination of the classic story The Adventures of Pinocchio. The movie is set in Scamboville, a city with futuristic feel that is governed by Scamboli. In this version of the tale, Pinocchio is a robot who is brought to life by tapping into a city's power surge as a parallel to to original tale where he's a puppet animated by magic.

Pinocchio tries to fit among humans and wants to live with them despite having various difficulties. He's frustrated with people, but eventually he overcomes his struggles. Most of the story bits, elements and characters have been re-tooled in some other forms.