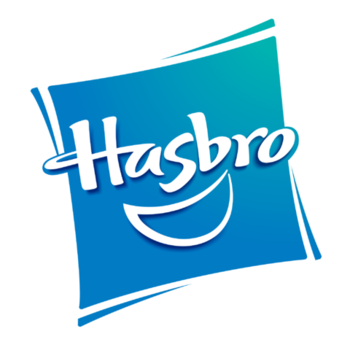 note a Portmantitle of the original name "Hassenfeld Brothers", based in Pawtucket, Rhode Island, is a global leader in the toy and games industry, and perhaps the leader in integrated toy-based entertainment. The company was founded on December 6, 1923 as a textile remnant factory and expanded into toys in the 1940s. Its first big success was Mr. Potato Head, which arrived in 1952. In 1965, Hasbro created the Ur-Example of the action figure with G.I. Joe. In 1982, Hasbro launched the A Real American Hero sub-franchise, and with it, pioneered a new multimedia strategy as comic books and an animated TV series became hugely successful, thanks to the storytelling work of Marvel Comics and its animation division Marvel Productions. Hasbro and Marvel then duplicated their success with My Little Pony that same year, which was a hit with girls, and in 1984 with The Transformers, using toys repurposed from two Japanese toylinesnote which were both spin-offs of Microman, which in turn was a lineal descendant of Takara's license of the original G.I. Joe. Jem, Hasbro's 1986 attempt to compete with Barbie in the doll market, failed, although the cartoon gained a cult following. The Maxie line and its animated series Maxie's World were only slightly more successful than Jem. Hasbro's next attempts to create action figure/cartoon franchises, Inhumanoids, Visionaries and C.O.P.S., got cult followings but weren't as successful as G.I. Joe or Transformers.

In 1991, Hasbro purchased Tonka, which gained them not only the truck line, but Kenner Products (one of their main competitors) and the Parker Brothers board game line, including Monopoly and Candy Land, as a complement to Milton Bradley, a 1984 purchase; they were previously owned by Pillsbury, who have since been bought out by General Mills. Tonka, through Kenner, also had the toy rights to Star Wars, a property which would prove valuable for the company. 1994 saw the acquisition of British game company Waddingtons, inventor of Clue (which had been licensed by Parker Brothers prior). As part of Hasbro, Kenner would go on to re-ignite the Transformers brand in 1996 with Beast Wars. In 1998, Hasbro bought Galoob, maker of Star Wars Micro Machines, so that they would have exclusive toy rights to the franchise; also purchased that year was Avalon Hill, producer of strategy-oriented tabletop games, and Tiger Electronics, a former electronic toys company whose most popular product was the Furby. 1999 saw Hasbro buy Wizards of the Coast (which they integrated Avalon Hill into by 2004), giving them Magic: The Gathering and Dungeons & Dragons along with the Pokémon Trading Card Game.

As a media entity, the company reached its peak in 2007, when the first Michael Bay-directed Transformers film was released. The success of the film (and its sequels) enabled Hasbro to increase its mass media exposure, including film versions of G.I. Joe and Battleship. In 2010, Hasbro and Discovery Communications would launch The Hub, whose launch programming (much of it produced by Hasbro Studios, an in-house production company launched the year before) included My Little Pony: Friendship Is Magic, which stumbled upon massive interest from older men, and Transformers: Prime, a mere success within the core demographic of the franchise. In 2015, Hasbro and Universal Studios resurrected Jem as a live-action musical based off the animated series from the 80s, known as Jem and the Holograms (2015). They also plan a live-action comedy from Adam Sandler based off the preschool-based board game Candy Land in the near future, but the project has jumped from Universal to Columbia Pictures to Warner Bros.. 2016 saw comic book partner IDW Publishing jumpstart the Hasbro Comic Universe with the Revolution crossover, spinning out from their Transformers and G.I. Joe series to encompass nearly all the other IDW Hasbro titles (the newly-launched Micronauts (IDW), ROM and Action Man, plus M.A.S.K.; Jem and the Holograms (IDW) is also a part of the universe, but isn't involved in Revolution).

Then, on November 3, 2017, following the moderate success of My Little Pony: The Movie, Hasbro signed an exclusive, five-year production and distribution deal with Paramount Pictures (producer of the Transformers and G.I. Joe movies) to begin producing their own slate of films and television programs under the Allspark Pictures banner, covering both live-action and animated fare. Paramount will co-own and distribute the films and shows worldwide under the deal and give Paramount access to a large number of Hasbro franchises. Due to the COVID-19 Pandemic, however, the pilot movie for the fifth generation of My Little Pony ended up shifting to Netflix, which took over distribution for future works in the series as well.

In August 2019, Hasbro acquired Entertainment One (aka eOne), a Canadian entertainment company, and owners of (among others) the Death Row Records catalogue, Peppa Pig, and PJ Masks. In a strange case of bringing things full-circle, eOne is a partial descendant of defunct Canadian film/TV company Alliance Atlantis (via their former film division, which went independent as "Alliance Films" after AA went under in 2007, and was purchased by eOne in 2012— eOne then began to use the final AA/Alliance fanfare for their own Vanity Plate)— which worked with Hasbro on the Beast Wars animated series (since they had been working with Mainframe Entertainment on ReBoot). Even more ironically, the kids library of AA had been bought in 2013 by another Hasbro partner, DHX Media!note eOne was also the last known rights holder to Adventures of the Galaxy Rangers, whose current status is unclear. In 2021, Hasbro sold eOne Music (including Death Row) to The Blackstone Group.

Franchises created and/or owned by Hasbro note Not including Wizards of the Coast products: