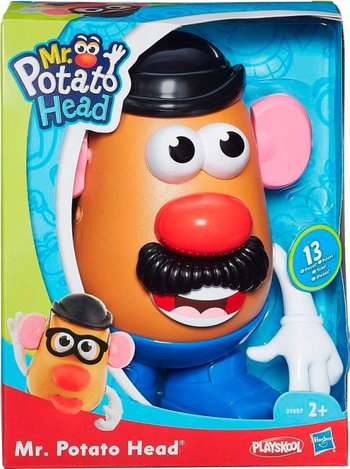 "It's Mr. Potato Head
And his Bucket of Fun!
Bucket of Fun for Everyone!"
— 90s Jingle
Advertisement:

Imagine a paper doll where you could somehow store all the outfits within the doll. Might seem difficult, if the doll in question wasn't a bulbous hunk of plastic.

The Mr. Potato Head toy, along with his wife, have been popular for decades, and have even branched out into other franchises. The toys started out as pieces which were meant to be placed on actual potatoes, before being changed to a completely plastic head.

I Packed You Angry Tropes, Just In Case