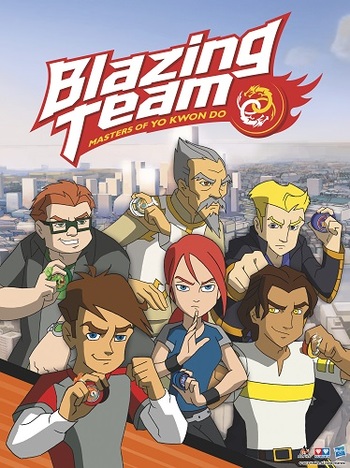 In 2006, a Chinese studio created Blazing Teens, a show about teens who use magic yo-yos to fight evil. Almost a decade later, in 2015, Hasbro acquired the licensing rights to the franchise and created the animated series called Blazing Team: Masters of Yo Kwon Do.

Yes, yo kwon do. Seriously.

It premiered on November 13, 2015 and is currently hosted by Discovery Family.