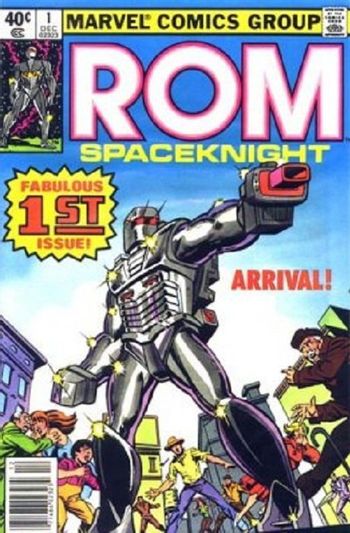 Rom: Spaceknight is a 1979 comic book from Marvel Comics, based on an an action figure sold by the toy company Parker Brothers.

While the toy itself soon faded into obscurity, its comic lasted until 1986. Set in the shared Marvel Universe, it had a small but loyal following, mostly due to the writing of Bill Mantlo (Another example of this can be seen in Mantlo's Micronauts series, also a toy adaptation).