Everything in Space Is a Galaxy 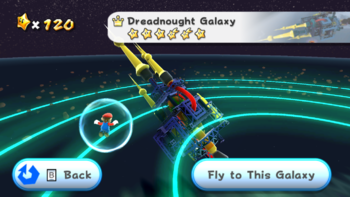 That's not a galaxy, that's a spaceship!
Advertisement:

In Sci-Fi, particularly the softer kind, writers get a bit excited about the idea of galaxies with their big spiral arms and impressive names. So it's very common for writers to use the term "Galaxy" incorrectly to refer to things that only have one (or a handful) of stars and several planets or that are not particularly distant. In these cases all planets are shown to be roughly equally distant regardless of if they are in the same star system, a different star system or another "Galaxy".

This is probably due to the The Law of Conservation of Detail. The writer wanted to deal with a galactic scale, but have only have the resources to detail a handful of planets (which in turn can only be represented by a handful of characters in a room) and so scales back the scope of events.

Or equally it could be a case of Critical Research Failure. Both because Sci-Fi Writers Have No Sense of Scale, and because many people are scientifically illiterate, a large percentage have managed to so fundamentally confuse things that terms like "solar system", "galaxy", and "universe" are often treated as if they were the same thing.

This is particularly obvious when a character points out their "Home Galaxy" in the night sky (only the Milky Way, the Magellanic Clouds, and the Andromeda Galaxy are easily visible to the naked eye).

This is a Sub-Trope of both Sci-Fi Writers Have No Sense of Scale and Artistic License – Space. See also What Other Galaxies? and Small Universe After All.