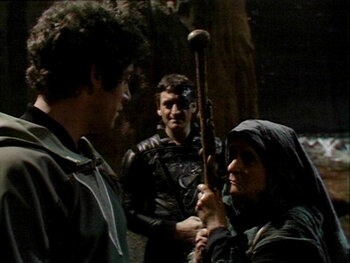 "You aliens will fight for our amusement."
Written by Terry Nation.
Directed by Douglas Camfield.
Airdate: 20 February 1978.
Advertisement:

On a world destroyed by war, two powerful aliens force Blake and Travis to fight a duel to the death.