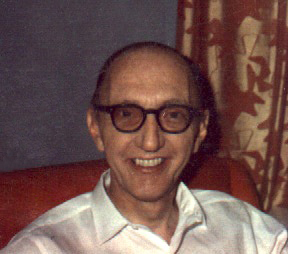 Cordwainer Smith was the pen name of Doctor Paul Myron Anthony Linebarger (July 11, 1913 – August 6, 1966): Science Fiction writer, poet, and psychological warfare expert. In fact, he literally wrote the book on psychological warfare — the standard US Army textbook on the subject. He looked like a classic nerd, wrote weird little Science Fiction stories about cats, and was apparently regarded with respect by a generation of top US diplomatic and intelligence specialists. During the Korean War, he was asked to write a set of qualifications for the head of psychological operations for the US army; he got interested enough in the possibilities of the job and so set things up that he was the only person qualified to do it. He was a man of the world, but had particular ties to China and the Far East. His godfather was Sun Yat-sen, and he and his father were confidants of Chiang Kai-shek. He also liked Australia.

The majority of his Science Fiction work describes the future history of the Instrumentality of Mankind, which was richly described but left much to the reader's imagination.note And no, it's not that Instrumentality, but the name came from Smith's stories. Influenced by Chinese short stories, Smith's books cannot be mistaken for the work of any other writer.

Strong suggestion: read the stories first. No description can do justice to discovering the wonder of Smith's words firsthand.

Do not confuse him with "Cordwainer Bird", the pseudonym fellow author Harlan Ellison used for works he personally disowned.

Works by Cordwainer Smith include:

Cordwainer Smith had an affinity for: