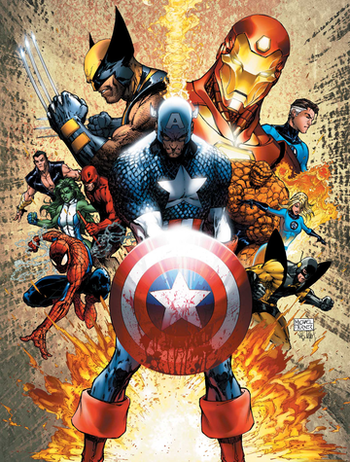 In clockwise order: Iron Man, Mister Fantastic, the Human Torch, the Thing, the Invisible Woman, Hank Pym, Captain America, Spider-Man, She-Hulk, Daredevil, Namor, and Wolverine. Not pictured: about a hundred other heroes.
"None of this is really happening. There is a man. With a typewriter. This is all part of his crazy imagination."
— Deadpool
Advertisement:

Features of the Marvel Universe: