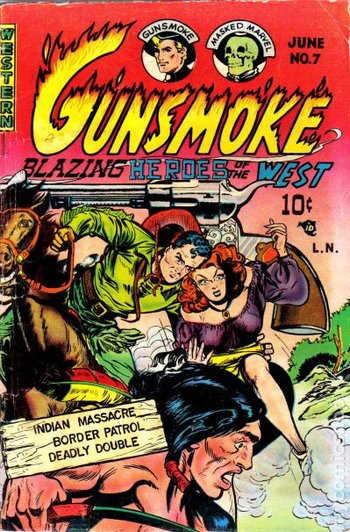 Gunsmoke is a Western-themed Superhero form The Golden Age of Comic Books, created by Graham Ingels and published by Youthful Publications in Gunsmoke #1-16. It concerns a mysterious hero called Gunsmoke riding the West, looking for evil to stop. He prefers to use standard detective work and legal justice, but will kill any murderer he encounters.

Not to be confused with the radio show, the TV show, the video game, or Atlas/Marvel's Gunsmoke Western comic book, which featured Kid Colt and the Two-Gun Kid.