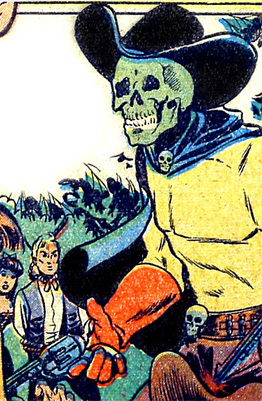 The Masked Marvel is a Western Superhero from The Golden Age of Comic Books, created by Graham Ingels and published by Youthful in Gunsmoke #1-16. He's bookworm socialite Chet Fairchild, who secretly brings justice to the West as a skull-faced vigilante.