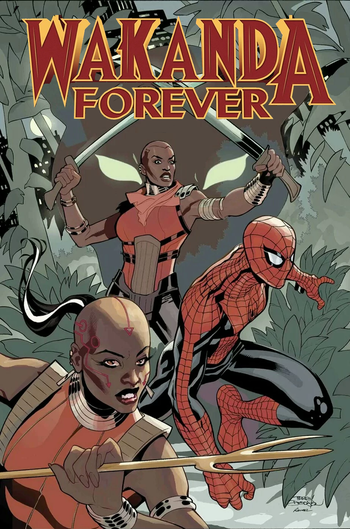 When General Okoye learns their former comrade Nakia —now the brainwashed and crazy criminal known as Malice— is wrecking havoc in New York City, she and her fellow Doras (Ayo & Aneka) take charge of the situation.

Through team-ups with the likes of Spider-Man, Storm (with her X-Men), and The Avengers, it's up to the Doras to stop their fallen friend before she inflicts greater harm on New York.