Comic Book / The Vision and the Scarlet Witch 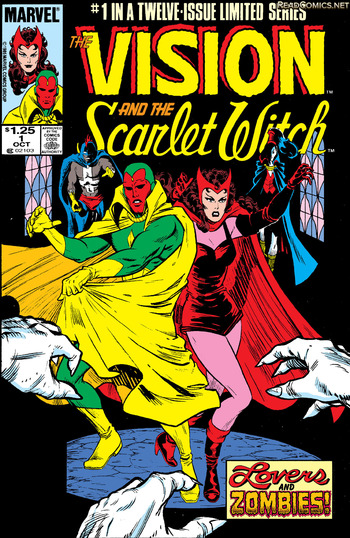 They Fight Crime! ...and wear badass capes.
The Vision and the Scarlet Witch was a comic book published in 1982 and 1984, starring both former members of the Avengers, as they try to have a normal life. In the first series it was revealed that Magneto was the father of the Scarlet Witch and Quicksilver, and in the second Wanda got pregnant and delivered her two sons, Tommy and Billy.
Advertisement:

The series serves as one of several inspirations to the premise of WandaVision, while also taking cues from The Vision (2015) for the Vision himself, and House of M for the Scarlet Witch.