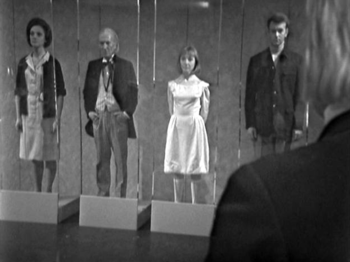 Maybe the character was mistaken for a caveman or something. Maybe they're the last of a rare species or race. Or maybe they're just being tortured for the heck of it. Either way, the result is the same: there's a living person behind a glass wall in a museum.

It's also possible for a character to make themselves a museum exhibit, generally by disguising themselves.

Such exhibits can be part of a Museum of the Strange and Unusual. Strongly related to People Zoo.