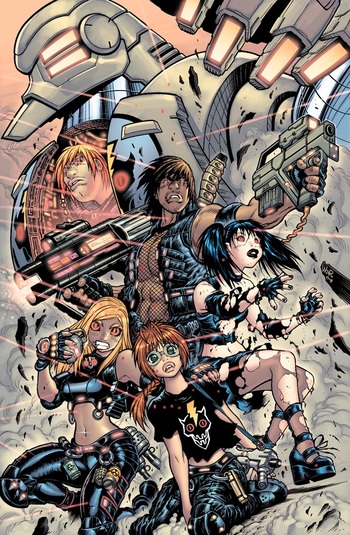 More specifically, it's the story of "Stem Cell", an Ordinary Teenage Girl who wakes up one day with no idea why she's taking part in a raid on a Top-Secret, Quasi-Governmental R&D Project — or why she's so unnaturally calm about everything — until she vomits up a component for a BFG and learns that she's an android, and the newest agent of Project:Livewire. And it's the story of how she comes to terms with these facts.

Livewires contains such tropes as: