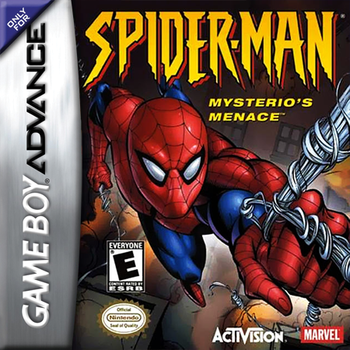 Spider-Man: Mysterio's Menace is a video-game for the Game Boy Advance featuring, you guessed it... Spider-Man. Released on September 19, 2001, and like the previous Spidey game, made by Vicarious Visions and Activision. The game features some of Spider-Man's more... obscure baddies, like Hammerhead and Big Wheel, who are being led by Mysterio.