In the end, believing he'd been let down by both sides, the Red Hulk made his own bid for power - only to be stopped and de-powered by a re-Hulkified Banner. An all-new all-different Red Hulk will be a part of the upcoming post-Civil War II title U.S.Avengers. Eventually revealed as Robert Maverick. 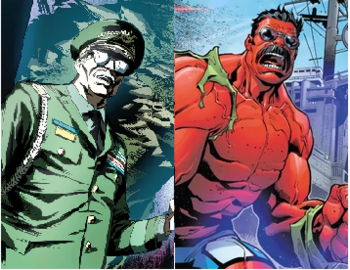