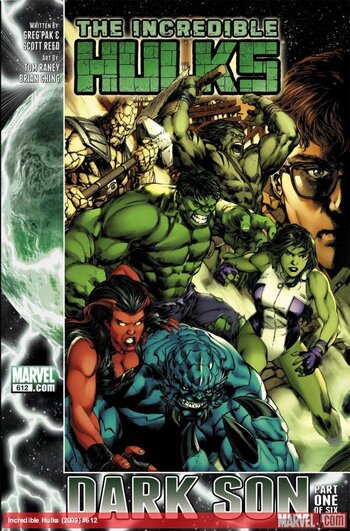 The Incredible Hulks is a 2010 series by Marvel Comics, written by Greg Pak.

The Hulk teams up with his family - along with close family friends Rick Jones/A-Bomb and Korg - to become a force for good.

The Incredible Hulks provides examples of: