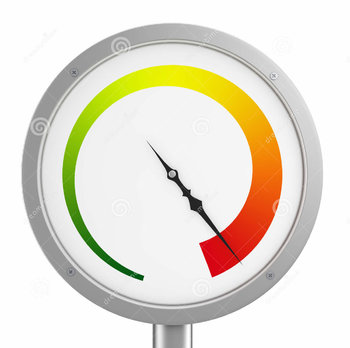 If you're going to fight something employing this trope, do it before it gets to this stage.
"The madder Hulk gets, the stronger Hulk gets! So Hulk will get madder and madder at you, Ravage — and Hulk will get stronger and stronger, and then Hulk will smash you to bits! IT'S CALLED STRAGEDY!note Yes, "stragedy" - [Sic]
— The Incredible Hulk explaining why fighting a prolonged battle with him is a bad idea.

This character, faction, weapon, or otherwise isn't able to give everything they have from the word Go!, and needs to be worked up into a state where they're capable of doing their jobs beyond anything sub-par - if they're even capable of doing it at all before reaching said state.

This is not a case of voluntarily limiting oneself to avoid damage to oneself or one's surroundings — for whatever employs this trope, bringing their full might to bear from the get-go is just outright impossible. If you find this trope on an enemy, it will often have a distinctive sound accompanying it to serve as a non-verbal warning.

The reason for this varies, but Competitive Balance usually ensures that while anyone saddled with this downside takes their time to get going, once they do get going they are a force to be reckoned with. Sometimes this trope is binary, where something or someone has either gathered steam or not, sometimes it has multiple stages, and sometimes it is gradual and may not have any upper limit - in the latter case, expect them to eventually become just as much of (if not more than) a Juggernaut as a literal speeding locomotive usually implies - though if they can't handle their ever-increasing buildup they might eventually succumb to Over Heating and/or Explosive Overclocking.

Compare Magikarp Power which gives everything it has all the time; it's just that 'everything it has' starts out pathetic before repeated training, upgrades, or likewise makes it a force to be reckoned with. Compare Limit Break and Charged Attack which are powerful attacks or techniques which are only available after specific conditions are met and become unavailable again after having been used.
Contrast the Gradual Grinder, who probably isn't hitting harder in a prolonged engagement as much as they're making you less able to take what they've been hitting you with the entire time and the Pent-Up Power Peril which is the result of naturally building power needing an outlet every so often.
Usually has no relation to High-Pressure Emotion, but examples do exist where the act of gathering steam is correlated to an emotion.

The trope is ubiquitous in Real Life through inertia — nothing is able to perform at its best from the word 'go' unless it has been prepared in advance, and overcoming this trope quickly is essential in many fields. The trope name comes from actual steam engines, which when being used to move anything particularly heavy can require anywhere from several minutes to over an hour to build up sufficient steam pressure.note Which is why Steampunk didn't happen in reality. For most purposes other than generating electricity, the internal combustion engine displaced steam engines by being both more efficient and more convenient, given its much shorter start-up time. Super-Trope to Increasingly Lethal Enemy and Sub-Trope to Situational Damage Attack