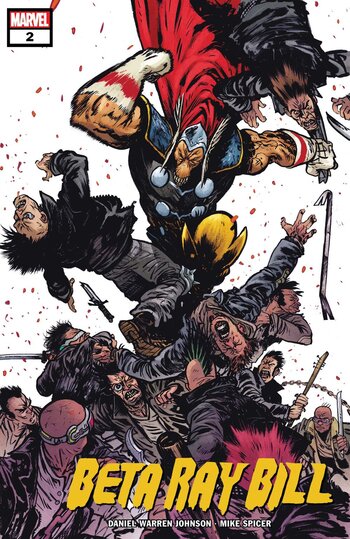 "If there is nothing but what we make in this world, brothers... let us make good."
Advertisement:

Bill has been a faithful servant of Asgard and friend to Thor over the years, but now without his hammer, he can't revert back to his original form. Unable to accept this, he decides to go on a quest with his ship Skuttlebutt, Pip the Troll, and a bored Skurge the Executioner (yes, he's dead, but Valhalla is just really boring, so he left to be Bill's wingman).

The problem is that Odin can't just build him a new hammer. He must go to a place more dangerous than he has ever known: Muspelheim.