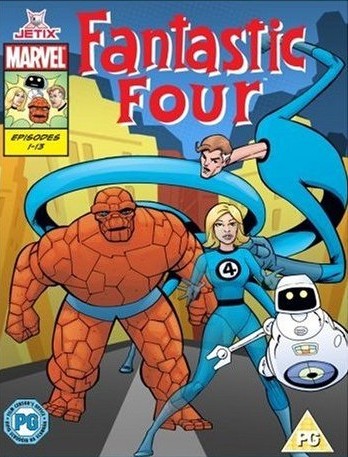 Also called The New Fantastic Four, this is a 1978 Animated Adaptation of Marvel Universe Super Hero team The Fantastic Four. The one with the cute robot taking the place of the Human Torch, who was tied up in a separate film deal at the time.

The Fantastic Four provides examples of: