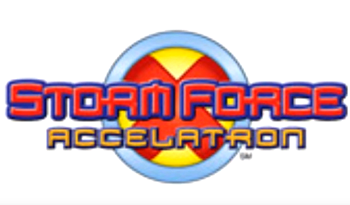 The ride follows Storm and Professor Xavier of the X-Men, as they are once again faced with the threat of Magneto, who is preparing to launch a full-scale assault on humanity. Desperate to stop his former friend, Professor X constructs the "Accelatron" - a device that can amplify the powers of any mutant it's used on, enough to make them more than able to defeat Magneto. Knowing the already-powerful extent of her weather powers, he ultimately chooses Storm to be amplified. The only catch of the Accelatron is that it needs to be powered manually by a whole group of people; and due to being short on staff, Professor X decides to recruit normal guests to power the machine.

The small attraction opened in 2000, a year after the rest of the park opened; being added in as a quick way of boosting capacity and offering more for families to do while in the area.