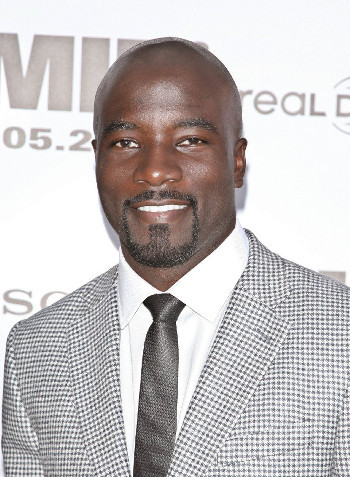 Mike Randal Colter (born August 26, 1976) is an African-American actor from Columbia, South Carolina. He has a Masters in Fine Arts from Rutgers University.
Advertisement:

One of Colter's early high-profile roles was Big Willie Little in Million Dollar Baby. He also played a recurring role as drug kingpin Lemond Bishop on the CBS Law Procedural The Good Wife during the 2010s. He also originated the role of ONI Special Agent (later SPARTAN-IV) Jameson Locke in the Halo franchise and plays Luke Cage in the Marvel Cinematic Universe.

Tropes found in his roles: