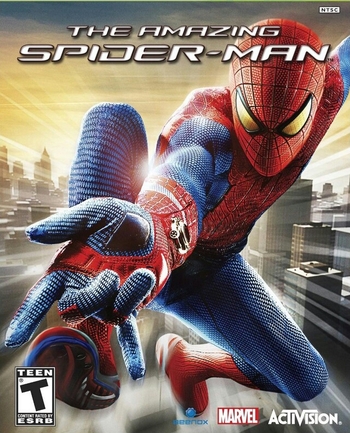 Oscorp's new head of research, a robotics expert named Alistaire Smythe, vows to erase the stain on the company's reputation that resulted from the events of the film. Gwen Stacy, however, is concerned that Oscorp's more dangerous experiments might still be going on under his watch, and brings in Peter Parker to help her investigate.

In the course of the investigation, things go horribly wrong when said experiments, fusions of human and animal DNA called the Cross-Species, break out of confinement and escape into Manhattan. This would be bad enough by itself, but they can also infect regular humans, turning them into bestial creatures with reduced intelligence and a whole lot of extra aggression. Now, Spider-Man must recapture all of them and figure out a cure before the infection spreads beyond the city, even if it means bringing back an old enemy...

Followed by The Amazing Spider-Man 2.