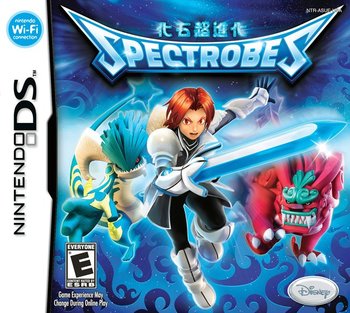 Spectrobes is an action-adventure take on the Mons genre developed by Jupiter and published by Disney Interactive Studios as their first game not based on an existing property. It features the main character, Rallen, a space police agent, and his partner Jeena, as they attempt to save their home from the Krawl, alien invaders who travel around in reality warping black tornadoes. With the help of the Prizmod Rallen will awaken the fossilized Spectrobes to do battle against the Krawl.

It spawned two sequels, Spectrobes: Beyond the Portals in 2008 and Spectrobes: Origins in 2009.