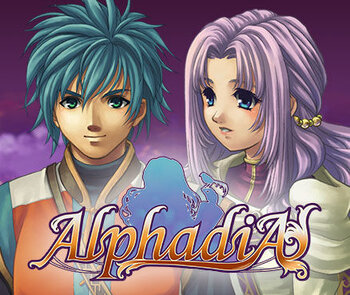 Alphadia is an Eastern RPG Mobile Phone Game initially released in the US in 2011 that also received a port for the Nintendo 3DS in early 2016.

One hundred years after nearly-world destroying Energi War, humanity has begun to fully rebuild civilization and usher in an era of peace. Unfortunately, the Schwarzschild Empire has taken advantage of the rest of the world's nearly disarmed state to conquer the remaining nearly-defenseless nations. The princess of one subjugated nation, Shion, and her knight, flee pursuit of the empire's soldiers to meet up with La Résistance and are aided at the borders of a small town by a young man named Ash, who quickly gets caught up in their affairs.

The sequel is called Alphadia 2.