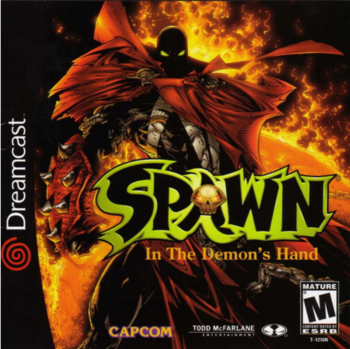 Spawn: In the Demon's Hand is an arcade and Sega Dreamcast video game based on Spawn and made by Capcom. It was first released on arcade cabinets at Japan in 1999 before getting released on the Dreamcast a year later. It was supposed to be a launch title for the PlayStation 2 but it didn't get released.