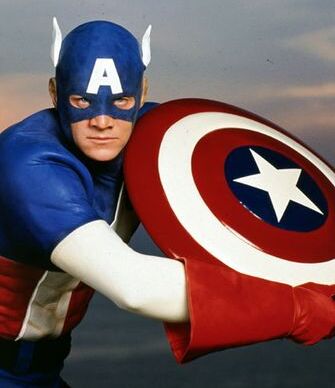 Starring the son of the guy who wrote The Catcher in the Rye.
Advertisement:

Not to be confused with the 2011 film, Captain America: The First Avenger.