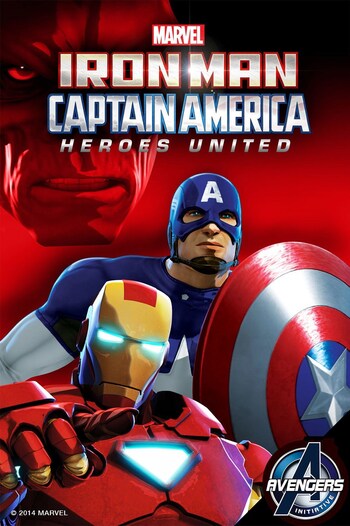 Iron Man & Captain America: Heroes United is an animated CGI movie and sequel to Iron Man & Hulk: Heroes United. Created by Marvel Animation and featuring a team-up between Iron Man and Captain America in which they have to thwart the evil ambitions of the Red Skull and his scheming ally, Taskmaster. Adrian Pasdar returns as the voice of Tony Stark/Iron Man with Roger Craig Smith voicing Captain America. It also features Clancy Brown as Taskmaster, and Liam O'Brien as Red Skull.