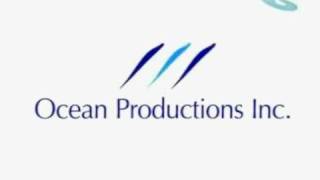 Ocean Productions, Inc. (also known as The Ocean Group, Ocean Media, and Ocean Studios) is a well-known Canadian studio based in Vancouver, British Columbia. They're responsible for the dubbing of quite a few anime series, as well as a few foreign language live action films and original English language productions. They're probably most well known for their work on nearly every release in the Gundam franchise up until 2010, and for being the unofficial dubbing studio of the works of Rumiko Takahashi.

Their most prolific clients include Viz Media (who mostly nowadays use either Studiopolis or Bang Zoom! Entertainment), Geneon (now defunct), and Bandai Entertainment (now defunct), among others. They were also used by Funimation and Central Park Media in their early days. Keep in mind that the use of the voice actors in Ocean's talent pool does not mean Ocean had anything to do with the production (for example WildBrain and its legacy subsidiaries Studio B Productions, Nerd Corps Entertainment, DHX Media, and DiC Entertainment have used the Vancouver talent pool extensively, as have the other two major Vancouver animation companies Mainframe Entertainment and Atomic Cartoons); Ocean is just a production company based in Vancouver that pulls from the same voice pool the rest of the studios do (it's a very common misconception). Also do not forget that there is a non-union sister studio in Calgary, Blue Water Studios. All shows listed were recorded in Vancouver unless stated otherwise.

Not to be confused with Ocean Software, an 80s/90s video game company.

The Ocean Group has dubbed the following:

The voice actors frequently used by them have also provided voice talents for the following Western Animation, Anime, films and video games,* most of them weren't actually recorded at Ocean, and some for otherwise American Montreal or Toronto-voiced productions, including:

Some tropes that The Ocean Group is most well known for: