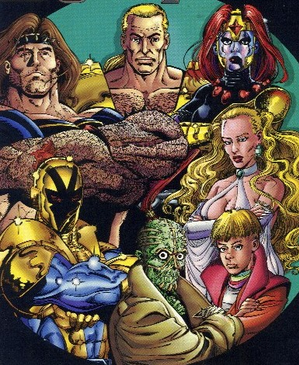 Ultra Force was a team composed of several established Ultraverse heroes; it had its own short-lived animated series produced by DiC Entertainment. The original series lasted for 11 issues, from July, 1994 to July, 1995. It started with an issue #0. The final issues added a Marvel character to the team, Black Knight/Dane Whitman. Vol. 2 featured Whitman as team leader. It lasted for 16 issues, from October, 1995 to December, 1996. 27 regular issues in total. There were also a few one-shots, mostly crossovers with The Avengers.