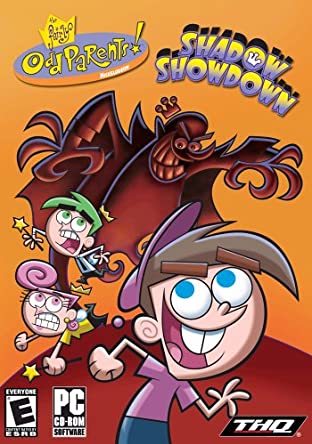 Timmy Turner couldn't be more excited. The season finale of Crash Nebula is seconds away! He's all prepared to watch some high-energy, pumped-up, space action... but suddenly, just as the show starts, his TV goes out! Taken aback, Timmy tries to wish for it to be fixed, but Cosmo and Wanda find that their wands aren't working for some reason. In lieu of this, Wanda pulls out her emergency wand and breaks the glass on it, conjuring up a movie projector that plays an old, "interactive" training film hosted by the (former) king and queen of Fairy World, Oberon and Titania, intended to teach fairies how to use emergency wish reserves. After completing the film, the crew head to Fairy World to find out what's wrong and fix Timmy's TV in time to catch the rerun of the season finale the next day.

Upon arriving, they find out from Jorgen Von Strangle that the Royal Jewel, an artifact with "tremendous magical power", has gone missing, or rather, has been stolen, which has caused not just Cosmo and Wanda, but every fairy to lose their powers. The three also conclude that the jewel is responsible for a strange magical signal to emit from TVs everywhere - which has also caused Timmy's own TV to go kaput. With no other option, Jorgen reluctantly enlists the help of Timmy and his fairies to get it back. However, after his first lead goes nowhere, he gives Timmy the task of making the one thing more powerful than the Royal Jewel: a Fairyversary muffin, and later has them assist him with his investigation. Once he catches the recipe, it's up to Timmy to find the following ingredients: Pixie Sugar, Mooncalf Milk, a Phoenix Egg, and Super Strong Hair-Raising Flour. Luckily, Timmy is able to order all of them from the internet (conveniently, from the only store that had them, and only had one of each). His luck doesn't last, however, as his babysitter, Vicky, gets to them before he can, handing off the sugar to Timmy's dad, the flour to his mom, taking the milk for herself, and smashing the egg. With all four ingredients gone and the Royal jewel missing, Timmy must travel through different levels to get the ingredients back, make the muffin, put a stop to the TV magic, find out who stole the jewel, and make it back home in time to see Crash Nebula.

The Fairly Oddparents: Shadow Showdown, released September 8, 2004, is a Spiritual Successor to the previous FOP game, Breakin' Da Rules, taking the gameplay of that game and expanding upon it. Instead of having three sets of five wish stars to collect, you are given three sets of three stars - each with their own color. Excluding the tutorial and Final Boss: there are six levels: "Fairly Disastrous", "Dad's Dream", "Take It on the Chin", "Get a Clue", "Vicky Strikes Back", and "The Great Esc-ape". New to the game is the wish inventory, a mechanic that lets you pick which wish you want to have equipped, as you will need to use multiple wishes to clear levels (and get collectibles).

You'll need to read these emergency wish tropes before we can grant a wish:

Timmy: I finally read all the tropes! What should I wish for?
Wanda: Usually when you get to the end of a trope or a work page, you see a bunch of indices.
Timmy: Indices?
Cosmo: Yeah, they're little links that take you to different pages.
Wanda: Wow, sweetie, I'm impressed! How did you know that?
Cosmo: I sometimes read TV Tropes when you and Timmy are asleep.
Timmy: If you say so, guys. I wish for some indices!