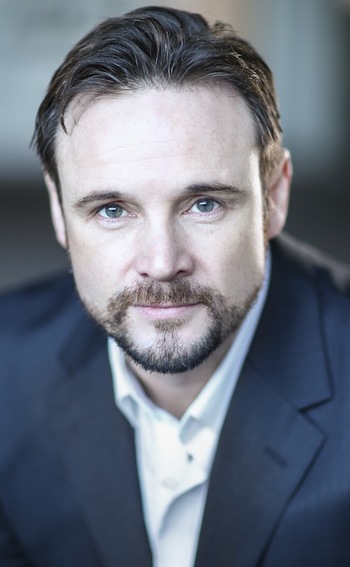 Describe Kirby Morrow here, but first would you consider bearing his child?

To non-anime fans he was Scott Summers aka Cyclops in X-Men: Evolution, Raimi Matthews in the voice version of Broken Saints, and Cole in Ninjago.

Like many Vancouver-based actors he frequently appeared as minor characters in American live-action series, such as Arrow, The Flash, Supergirl, and Fringe. His most well-known live action role being Cpt. Dave Kleinman in Stargate Atlantis.

Morrow unexpectedly passed away on November 18, 2020 from issues related to a later revealed history of substance abuse, eight days after his father died. He was 47 years old.

His brother Casey is setting up a scholarship fund in his name to help anyone who wants to pursue studies in the performing arts.