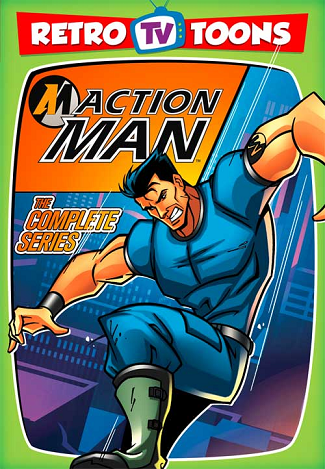 In 1995, an animated Action Man series with live-action segments was released by DiCnote It wouldn't be the first time they've done such a show. where Action Man was part of a Global Defense team called Action Force (including Knuck, Natalie, Jock, and their dog Raid) but has complete amnesia and only tends to have minor flashes of memory at various times. The Action Force is often called upon to deal with the threat of a paramilitary organization lead by Dr. X.

Tropes associated with the 1995 cartoon series include: