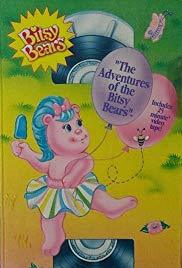 Bitsy Bears originated as a series of flocked posable bears produced by Tyco in the early 1990s. Each bear had her own wind-up action. In 1992, a Direct to Video animated special was packaged with one of the bears. It was written by Avi Arad and Barbara Slade and directed by Dongho Kim.

The plot follows Pawlina and Baby Tickles, two forgotten teddy bears brought to life by magic honey droplets and transported to the Honey Bear Fair. They are welcomed by the Bitsy Bears and help foil the plot of former Bitsy Bear Bramble, who wants to shut down the fair for good!