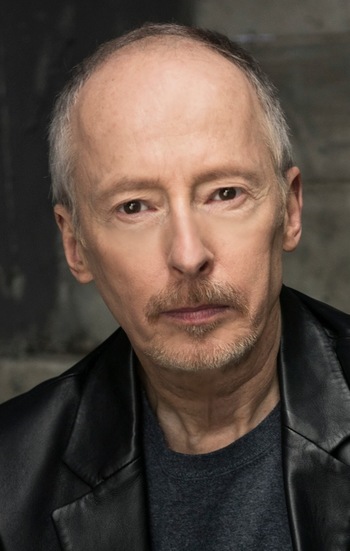 Christopher Britton, better known as Chris Britton, is a Canadian actor who is best known as the voice of Minister Sinister on the 90's X-Men cartoon (and later Iron Man in Marvel vs. Capcom 2: New Age of Heroes), Star Swirl the Bearded on My Little Pony: Friendship Is Magic, as well as Soichiro Yagami in the English dub of Death Note.

Originally from Toronto, he is based in Vancouver. Notable live-action films he's been in include The Day After Tomorrow and Carrie (2013). He also has a recurring role as the judge in Riverdale.