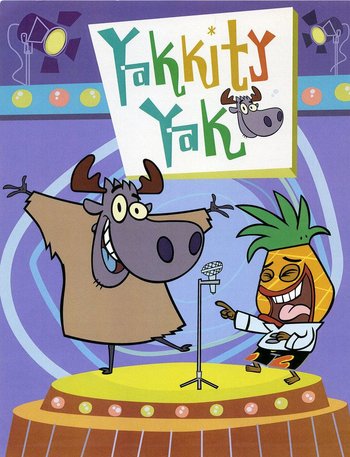 Yakkity Yak was a short-lived Canadian-Australian show created by Australian animator Mark Gravas and produced by Canada's Studio B Productions and Australia's Kapow Pictures for Nickelodeon and Teletoon.

It was a show about Yakkity, a yak who dreams of becoming a famous comedian, and his friends, an anthropomorphic pineapple named Keo (don't ask why) and a female human named Lemony (and on some occasions, a robot girl named Penelope).