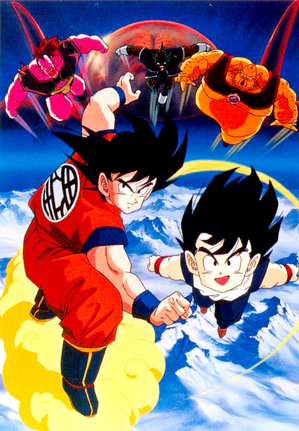 Dragon Ball Z: The World's Strongest (Japanese title: Kono Yo de Ichiban Tsuyoi Yatsu, "The World's Strongest Guy") is the second Dragon Ball Z movie. It was originally released in Japan on March 10, 1990, between episodes 39 and 40, with it premiering at the 1990 Toei Cartoon Festival (along with movies from the Akuma-kun and Sally the Witch series).

Two evil scientists, Doctor Uiro (spelled "Wheelo" or "Willow" in translations) and Doctor Kochin, were trapped in an icy mountain range fifty years ago. Kochin somehow managed to escape and gathered the Dragon Balls, ordering Shen Long to reveal their sunken laboratory once again, so that they might continue their plot to take over the world. However, the accident left Uiro without a body, and he plots to steal the one belonging to the strongest man in the world.