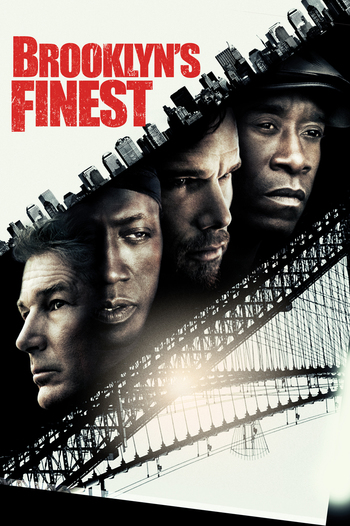 Brooklyn's Finest is a 2010 American crime film starring Richard Gere, Don Cheadle, Ethan Hawke, and Wesley Snipes. It is directed by Antoine Fuqua, and written by Michael C. Martin, a one-time subway flagger from East New York. It was the first film to sell at the 2009 Sundance Film Festival, for a sales price of "under 5 million dollars." The film was released in North America on March 5, 2010.

The film tells the story of three police officers operating in the Brooklyn Projects. They are: