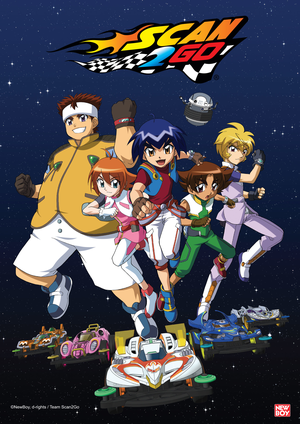 Scan 2 Go is a Merchandise-Driven children's anime about people who play with toy race cars in the future with people throughout the galaxy. The titular cars stop at several pit stops throughout the race (just like the toys) and require a card to be "scanned" into a slot on the top of the car to "go". The English dub, was licensed by Cookie Jar Entertainment and dubbed by The Ocean Group's Blue Water Studio.

Tropes represented on this show: