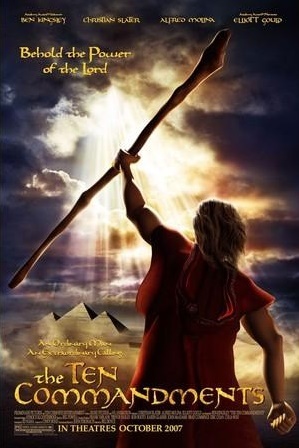 The Ten Commandments is a 2007 CGI film created by Promenade Pictures.

It adapts the story of Moses from the biblical Book of Exodus.

The Ten Commandments provides examples of the following tropes: