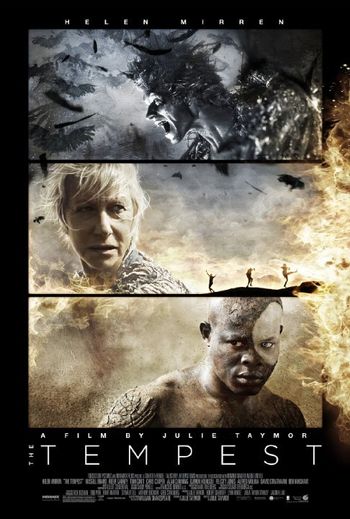 The Tempest is a 2010 film adaption of William Shakespeare's The Tempest directed by Julie Taymor of Titus and The Lion King fame. It is mostly faithful to the original play, but takes a few changes, the most notable is Prospero being changed to Prospera.

Tropes particular to the film include: