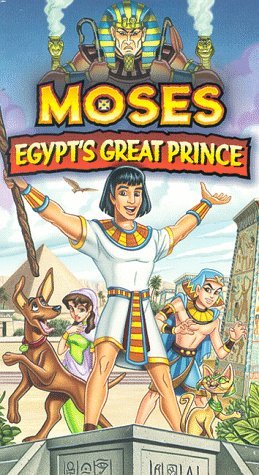 Moses: Egypt's Great Prince is a 1998 Direct to Video Animated Musical made by UAV Entertainment. It tells the story of the Biblical hero, Moses, and how he freed his people from their lives of slavery.

As usual, this film is a mockbuster. This time of the DreamWorks Animation film The Prince of Egypt, also adapting the Book of Exodus.