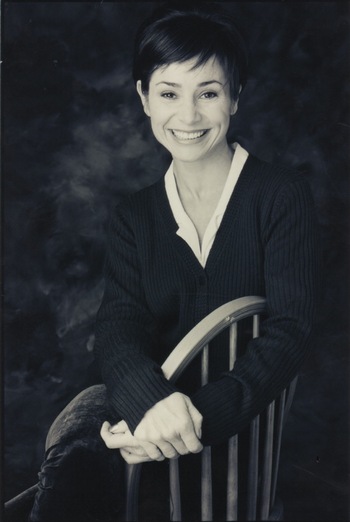 Stephanie Louise Vallance (born September 8, 1958), better known as Stevie Vallance (but also sometimes credited as Louise Vallance) is an Emmy Award-winning Canadian actress, musician, composer and director who has worked on countless films, TV shows, cartoons, and anime dubs in both Canada and the United States since the 1970s.

While probably recognizable to most TV viewers for her live-action appearances in such shows as The Ropers and Zoobilee Zoo, Stevie Vallance has a far more extensive career in the world of voice acting, having lent her voice to hundreds of characters on animated television series from Reboot to Cardcaptors. In the field of voice acting, she is also well known for her work as a voice director, having done so for over 500 episodes of countless cartoons from Silverwing and Totally Spies! to Mysticons and Wild Grinders. In fact, she won a Daytime Emmy Award in 2002 for her voice directing work on The New Adventures of Madeline, which stands out in particular because it was actually her very first voice directing gig! And since 1995, she has done coaching and hosted workshops in voice acting with her brand name Tooned In! Animation Voice-over Workshops, teaching both kids and adults the act of infusing the voices of animated characters with personality.

Outside of film and television, Stevie Vallance has quite the career in music, particularly Jazz. She has performed in quite a few Jazz concerts as a vocalist for many music groups and Jazz lounges across Canada. She has even released several albums as well.

Other Credits of Stevie Vallance