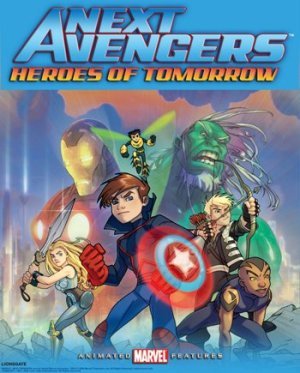 In the future, The Avengers are dead and the one responsible, Ultron (voiced by Tom Kane), is in the process of completely dominating the planet. The only hope left for the world, are seemingly the children of the Avengers. Hidden away from Ultron and protected and raised by Iron Man (also voiced by Kane), they must band together and seek help from any other survivors, including The Hulk (Fred Tatasciore), before Ultron wipes them all out. Canonically the reality this film is set has been designated as Earth-555326.

The film seems to be a semi-continuation of the Ultimate Avengers films, but with more references to the mainstream Marvel Universe. Arguably, it's a cross between Young Avengers, A-Next and What If? v2 #114 (the one where the Avengers had kids on Battleworld).