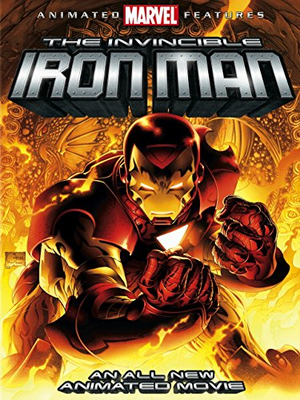 Before Iron Man made his debut on the big screen, Marvel Animations released an animated film in 2007, exploring a variation on the character's origins. The film uses the premise that Iron Man has to battle the forces of the Mandarin, in this film a long-deceased Chinese emperor, before they can resurrect their master and bring about the end of the known world.

The film has not been received particularly well, especially in comparison of the previous Ultimate Avengers films (though notably, Marc Worden reprises his role as Iron Man in this film and would do so again for Planet Hulk). However, some elements of the film do seem to have left a lasting impression upon the franchise, Marvel even seems to have adopted the opening musical score as the main theme for the character, which has even been heard used in Iron Man: Armored Adventures and The Avengers: Earth's Mightiest Heroes!.