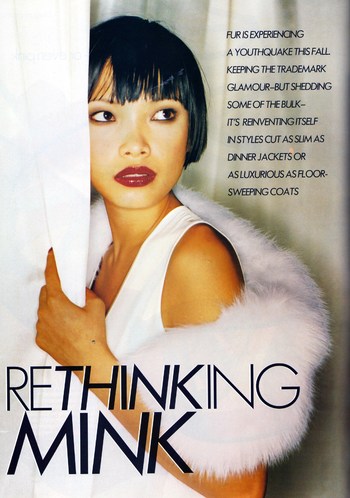 "Reinventing the wheel" is a common article.
"I can totally see some of them being used in one of those glossy fashion magazines. Y'know, the kind that cost nine bucks and are 97% ads."
— Strong Bad, Strong Bad Email #132 "modeling"
Advertisement:

Magazines devoted to fashion, with some articles on other topics relevant to their readers (lifestyle, people, and other things). As noted in the quote, they are heavy on advertising, but this has had the benefit of keeping the format of these magazines relatively consistent, as opposed to the Magazine Decay of other print genres.

Many fictional works, particularly Work Coms, are set around the offices of a fashion magazine. It works well for giving guest stars the full benefit of the Rule of Glamorous.

Tropes common among these include: