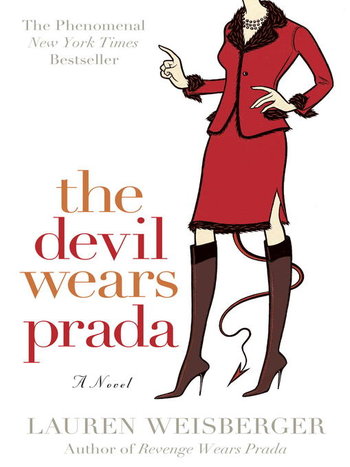 The Devil Wears Prada is a 2003 novel by Lauren Weisberger. It was adapted into a 2006 film directed by David Frankel and starring Anne Hathaway and Meryl Streep.

It tells the story of a young woman named Andrea "Andy" Sachs. Her first job out of college is as personal assistant to a merciless New York fashion magazine editor, Miranda Priestly. With help from Miranda's assistant Emily and art director Nigel, Andy starts to work her way up the ladder... but at what cost?

Weisberger wrote a sequel novel, Revenge Wears Prada: The Devil Returns, published in 2013. Although the film adaptation was a sleeper hit and continues to be fondly remembered, virtually everybody involved in its production has shown little interest in adapting the sequel.

In 2018, Weisberger released a sequel about Emily titled When Life Gives You Lululemons. It focuses on Emily helping a senator's wife who is framed for drunk driving, and resisting all of Miranda's efforts to rehire her.