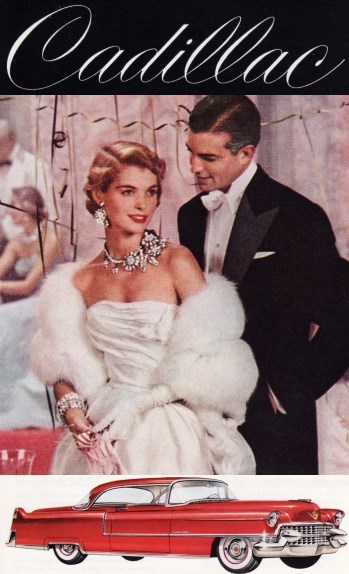 You've created a wonderful product for your company. It's top of the line, reliable, sturdy, comes with a lot of great features, and everybody loves the design.

However, all this quality comes at a cost. Specifically... the cost. It's going to be too expensive for the mainstream market to afford it. What do you do?

Well, you have two choices. The first choice is to sell the product at a loss, so that the mainstream can afford it. This is only advisable if it's sold with another product profitable enough to offset that loss, which is the old "give away the razors to sell the blades" strategynote The product being sold at a loss is known as a "loss leader". The second choice is to not bother with the mainstream at all. Instead go for as much of the market that can afford it. This is known as the upmarket.

Of course, the big spenders don't go for just anything. They have to feel they are getting their money's worth. So your advertising has to demonstrate that your product justifies its cost. There are three common methods of doing this.

More shadily, this method of selling may be invoked by an Honest John-type Con Man who artificially marks up prices in an attempt to part a fool and his new money. After all, the more expensive it is, the more valuable it must be, right?

Bear in mind that 'up' is relative to the market. Any field of product, even plastic cars and ink pens, has a 'prestige' level of pricing for those with a decent salary, an interest in quality, and/or a passion for collecting them. It even applies to the world's oldest profession; see High-Class Call Girl for that.

Compare/Contrast Pandering to the Base.